Jang Dong-Gun and Won Bin's "Brotherhood 4K" will be released at Cinemart Shinjuku and Cinemart Shinsaibashi on December 30, 2022!

"Brotherhood 4K," distributed by BBB/HMC HOLDINGS, Inc. will be screened at Cinemart Shinjuku and Cinemart Shinsaibashi on December 30, 2022. 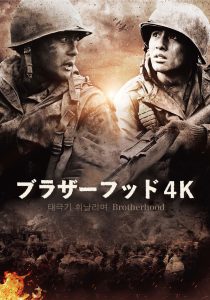 【Story】
His older brother, Jin-tae (Jang Dong-Gun), lived happily every day in the city, shoeshining and saving money to marry his younger brother, Jin-seok (Won Bin), to college and his fiancee, Young Shin (Lee Eun Ju). But the day comes when you change your destiny. June 25: The Korean War broke out. All of a sudden, a siren and a scream are heard in a peaceful Seoul. The brothers Jin-tae and Jin-seok are forcibly conscripted and sent to the front lines without proper training. Jin-tae, the elder brother, volunteered for a dangerous mission and hopes to bring home Jin-seok, the younger brother, alive for his distinguished service. Jin Seok is repelled by his brother's appearance. The fiercest, most wistful fate awaited. 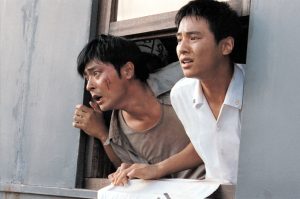