The shocking film "African Kung-fu Nazis" which has gained a cult following on the Internet, will be available on March 4, 2022!

BBB Corporation will begin distributing "African Kung-fu Nazis" a shocking film that has gained a cult following on the Internet, on its video distribution service on March 4, 2022. 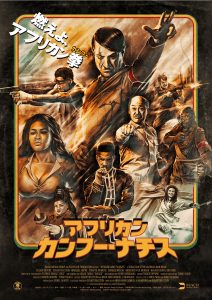 "African Kung-fu Nazis"
After World War II, Hitler and Hideki Tojo, who had actually survived the war, held the most powerful martial arts tournament for world domination, overpowering the local people in Ghana, where they had escaped from the Allied forces.

After World War II, Hitler and Hideki Tojo were still alive. When they conquered Ghana, where they had fled, they brainwashed the local people into a new race, the Ghanaian Aryans, using karate and the "bloody party flag," the flag of the Japan-Germany alliance with magical powers, and established a base from which to invade the world. Under the oppressive regime, Ade, a kind-hearted local young man, has his kung fu dojo destroyed by Hitler and his friends, and his beloved girlfriend stolen from him. Adei vows revenge, and sets out to master the most powerful Kung Fu, and begins to undergo a grueling training... 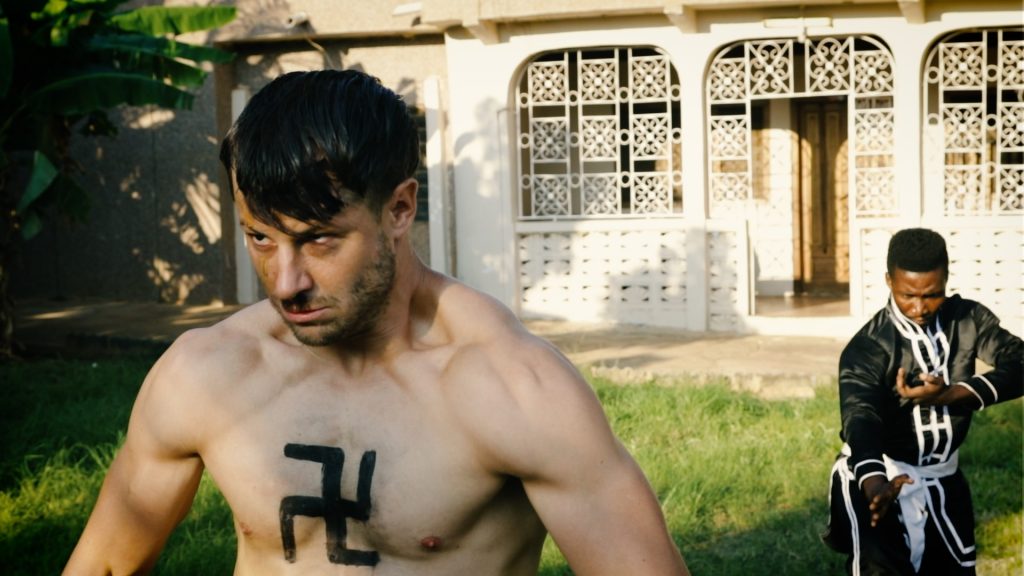 【Delivery Services】
TSUTAYA TV、Amazon、DMM、dTV、Google、GYAO!ストア、Hulu、iTunes、JCOM、Paravi、Rakuten TV、U-NEXT、クランクイン！ビデオ、ひかりTV、ビデオマーケット、ビデックス  and more
*Distribution start date and price may vary depending on the distribution service.
Please check each delivery service for details.